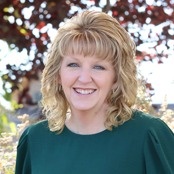 What do Bill Gates, Rachael Ray, Kobe Bryant and Betty Tomlinson all have in common?

If you guessed excellent dance moves, that would be true if it weren’t for Bill Gates. The correct answer is that they each have so much drive, determination and natural intellect that they didn’t need to bother with a 4-year degree in order to thrive in their careers. Betty started working as a bank teller at age 19. By the time she was 20, she had been promoted to a management position and she was officially made an officer of the bank before she was old enough to drink margaritas. Within a few years, she was securities licensed and had begun to tackle a whole new area of financial services: investments and financial advice. We won’t list every role she had, every goal she smashed or every Western Slope bank branch she managed, but suffice it to say that she become a rock star at a very young age.

But every season comes to an end. As the figurative and literal snows of winter began to fall on her time at the bank, Betty found herself with a new opportunity: being Miss Independent. For a financial advisor, becoming independent means leaving a big brand name firm whose identity you’ve assumed (e.g. Edward Jones, Merrill Lynch or Bank of the West), and instead defining your own identity with the support of a ‘behind-the-scenes’ broker/dealer. In this case, the independent firm Colorado West Investments perfectly lined up with the direction Betty wanted to go, so in late 2014, Betty and Kevin Sanderford combined their superpowers and launched on a new adventure.

Perhaps you, the reader, have begun to wonder if Betty’s superpowers only extend to her career. Don’t be silly. In the midst of nurturing her career, Betty started a family and now has two handsome young boys. She provides a robust amount of emotional support to her husband, Matt, a talented taxidermist. On top of all that, Betty has consistently held positions on the Board of Directors of local non-profits, including Habitat for Humanity and Hospice, and she currently serves as the President of Maslow Academy’s board. Oh, and she can plan an epic themed birthday party.

Betty brings a spirit of optimism and determination to the team that is invaluable. She brings structure and consistency and fun. Plus, if you catch her in the right mood, she might even share one of her shocking number of extremely embarrassing stories!

Betty Tomlinson joined Colorado West Investments as a partner and Wealth Manager after working 20 years with a regional banking group. Betty enjoys partnering with individuals, families and businesses to help them identify financial concerns and goals. She tailors customized plans to help them pursue their goals by reviewing specific wealth management issues that can affect anyone at different stages in their financial journey. Betty holds both the Series 7 and Series 66 securities, registration held through LPL Financial and Colorado West Investments, Inc. She is also licensed in the areas of Life, Health and Long Term Care Insurance.

Betty has family ties on the Western Slope of Colorado dating back to the 1950’s and is very active with both her family and the community. Betty and her husband, Matt, have two young boys; Easton and Saxton. They enjoy spending time together outdoors while camping, hunting, fishing, and playing. Easton is enjoying having a brother much more now that they can play and communicate and Saxton loves playing with his big brother! When Easton was born they set a goal to visit all 58 National Parks…only 50 more to go! Betty served for nine years on The Board of Directors for Habitat for Humanity of the San Juans with three terms as President. She is currently serving on The Board of Directors for Maslow Academy in Montrose and she has also been involved in Altrusa and HopeWest.