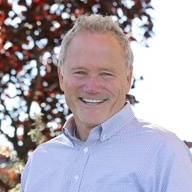 Back in 1991, a strapping young southern boy found himself in the wild west. With a young family in tow, Kevin left his job at a national investment firm on the Gulf Coast to start a new life in western Colorado. That is when Colorado West Investments was founded. He knew not a soul, but wasn’t afraid of starting something from nothing. In fact, that’s just what he thrives on. By the mid-2000s he had a thriving business, but had never designed his own building. That’s when our beautiful Montrose office was built, and it’s been the perfect place to foster the growth the company has experienced in the last decade.

On a personal note, Kevin loves the outdoors and is an avid hunter and explorer. Oh, and his favorite food is the cabbage dip at El Jimador in Montrose. Like interesting Kevin facts like those? Then you’ll love these:

FACT: Kevin made his first real estate deal at the eager young age of 14. He bought an empty lot near the family home and later sold it for a profit.

FACT: Mr. Sanderford is typically cheap when it comes to cars, but he might have been suffering from a small case of mid-life crisis when he bought himself a convertible sports car a while back. He eventually came to his senses and traded it in for a Toyota 4Runner that he proceeded to drive for 278,000 miles

FACT: He paid his way through college by selling computers. Today, Kevin even knows how to turn his computer on.

FACT: Kevin has planted more trees than everyone else in the office combined (but don’t you call him a tree hugger… he draws the line at tree planter). At his old property south of town, it became a sort of competition between him and the deer. Could he plant trees faster than the deer could eat those tasty new snacks? He did not always win.

FACT: There is no food that can be fried that Kevin has not eaten fried (ever eaten fried crab… FRIED IN IT’S SHELL…? Kevin has.)

Today, Kevin still has a young family whose home base is in Crested Butte. This works perfectly for him, as he can’t sit still for long and it allows him to follow the action as he floats back and forth between our three offices in Montrose, Gunnison, and Crested Butte.

Kevin laid the Colorado West Investments foundation and paved the way for another generation to join him in growing the business and finding the best possible way to serve the company’s clients. He is a vision caster and go-getter and delights more than anything in jumping out from behind walls to scare co-workers and clients alike.

Kevin Sanderford graduated with a degree in finance from McNeese State University in 1987. He started his career as a wealth advisor with a large national brokerage firm and founded Colorado West Investments in 1991, a boutique investment firm. His specialty is advising clients on wealth management issues including retirement planning, estate planning, company retirement plans, and business succession planning.

Born and raised in South Louisiana, Kevin has called Western Colorado home since 1991. Kevin and his wife Jennifer, a pediatrician, split their time between homes in Montrose and Crested Butte. He has five children, Noelle, Tyler, Skye, and twins, Abby and Will. Time off work is typically spent enjoying the outdoors and includes skiing, biking, hunting and fishing, all with the kids in tow. Although attempting to hunt and fish with little ones in tow increases the challenge, Kevin enjoys sharing the experience and is sure it will make him a better dad! Kevin & Jennifer have also been blessed with two grandsons, Zayden and Sawyer. Kevin spent 70 days during the summer of 2019 riding 4,000 miles coast-to-coast on a tandem bike with his then 12 year old daughter, Skye.